Growing Not So Common Beans 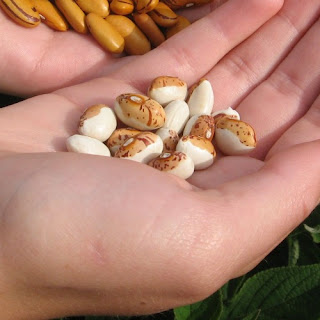 You are probably familiar with pinto, navy, and kidney beans, but there are also scores of amazing unique bean varieties that you may have never heard of. Unless you specifically sought them out, you wouldn't be familiar with the not-so-common beans as you won't find them on your grocery store shelf. These special beans are heirlooms that have been preserved and passed down from generation to generation.

Heirloom seeds are often grown in very small quantities, and the seeds are then saved and exchanged with friends and neighbors. There are a few specialty suppliers from which you could order a handful of select heirloom bean seed packets for propagation; but these are not usually sold in quantities large enough to make a meal. Most large scale corporate farms do not cultivate heirloom legume varieties, intentionally favoring just a very few cultivars; this is why we should grow and save heirlooms seeds, and not let the beautiful plants become extinct. 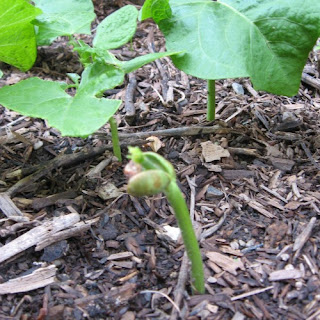 Phaseolus vulgaris
Botanically speaking, common beans are classified as Phaseolus vulgaris, and are native to the Americas. One of these legumes, the Hidatsa Shield Figure bean has been passed down to us through the Hidatsa people of North Dakota, one of the Plains Indian tribes. This bean was grown in the “three sisters” tradition together with corn and squash; the cornstalk provided the pole for this climbing bean, and the squash provided ground cover.

The integrated cultivation is described in the book Buffalo Bird Woman's Garden, an historical journal detailing  life in the Hidatsa tribe, as told to the anthropologist Gilbert Wilson by Maxi'diwiac, or Buffalo Bird Woman, in the early 1900s...

....the choices we have for what we eat are vast and far outnumber what is commonly offered in the supermarket.
See the full post at Ecolocalizer
Posted by urban artichoke at 8:32 PM