Taking a Walk for Global Hunger Relief on 9/11

Dear Readers,
Urban Artichoke will be joining the SF Bay Area community of Buddhists on a walk to raise money to feed the hungry on Sunday, the anniversary of 9/11.

This charity event is organized by Buddhist Global Relief, an organization founded by Bhikkhu Bodhi. I first became inspired by Bhikkhu Bodhi, after listening to an  audio recording of a talk he gave at the Insight Meditation Center in Redwood City on  living with chronic illness and pain. His personal path with suffering led him into action to work to relieve the suffering of others. 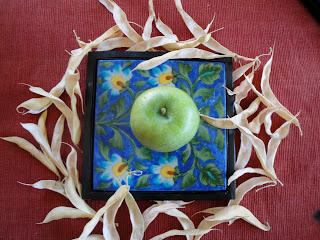 Here is an excerpt from the Buddhist Global Relief web site:

"In 2007 the American Buddhist scholar-monk, Ven. Bhikkhu Bodhi, was invited to write an editorial essay for the Buddhist magazine Buddhadharma. In his essay, he called attention to the narrowly inward focus of American Buddhism, which has been pursued to the neglect of the active dimension of Buddhist compassion expressed through programs of social engagement. Several of Ven. Bodhi’s students who read the essay felt a desire to follow up on his suggestions. After a few rounds of discussions, they resolved to form a Buddhist relief organization dedicated to alleviating the suffering of the poor and disadvantaged in the developing world..."read more

Thank you for reading Urban Artichoke and supporting efforts to relieve the suffering of the hungry and those in need.
Posted by urban artichoke at 2:11 PM